The American educational system, government, press and commercial advertising have ALL demonstrated a pro-Black agenda for decades, to the exclusion of REALITY.

According to NYPD Commissioner Raymond Kelly, head of the largest and most racially-diverse police force in the United States, over 75% of all reported violent crime is committed by black males between the ages of 16 and 26. That's about 2% of the population of the USA.

Kelly said this on television in May of 2013. There is no reason to doubt Commissioner Kelly's veracity on this point. Blacks do, indeed, commit the VAST majority of violent crime in the USA.

What is the point, then, of sweeping the issue of race under the carpet, except to spread the blame out to OTHER races, or at least foster DOUBT as to which race commits the most crime?

Anyone who listens to police scanners knows the truth of the matter — easily three-quarters of all police calls identify the suspects as "black," and identifying suspects by RACE is entirely necessary to effective crime-fighting.

So, WHY HIDE the race of the suspects from the public? Because it is demoralizing to Blacks, who comprise only 14% of the American population? This sounds like a RACIAL problem. It's not a "teen problem" or a "gun problem" or a problem with ALL races in general. It is a problem with approximately 2% of the American population committing the GREAT MAJORITY of the CRIME in this country.

The mainstream media and federal government in America have been protecting Blacks for decades, in spite of the FACT that Blacks commit over 75% of the CRIME in this country. That's an established statistic. In the mainstream media, the FIRST impulse is to HIDE the racial, religious and political identities of the culprits, UNLESS they are White, Conservative, and Christian.

We can look back to 2002 for the most stunning example of this racist predisposition on the part of the media and federal government in regard to the Beltway Sniper incident. In October of that year, 10 white people in the Washington area were shot down — seemingly at random — with a high-powered rifle over a period of weeks. The news media REPEATEDLY quoted the Federal Bureau of Investigation in profiling the assassin as WHITE, RIGHT-WING, CHRISTIAN male.

This went on for weeks.

In the end, the assassins were found to be two Left-Wing Muslim BLACK males who were on a stated mission to murder WHITE PEOPLE.

No apologies were ever offered to the White community for the blatant RACISM from the FBI and in the press. But, if the FBI and press had profiled the killers as BLACK, LEFT-WING and MUSLIM — and the assassins later turned out to be White Christians — the apologies would not only be profuse but ONGOING, to this very day.


The pro-Black agenda in the press and federal government is also abundantly reflected in commercial advertising. For one glaring example, I'm sure you've all watched the ADT (formerly Brinks) home security commercials on TV, in which big, bad home invaders are depicted smashing out windows and kicking in doors and otherwise terrorizing fearful home owners. Invariably, these violent perpetrators are ALWAYS portrayed by WHITE men in their late 20s and early 30s.

Since Brinks (and later ADT) started advertising, they have NEVER produced a television commercial featuring a black male breaking and entering and ransacking a home — EVER — in spite of the fact that three-quarters of all home invasions are committed by black males between the ages of 16 and 26.

Blacks, apparently, are BEYOND REPROACH when it comes to university and government policy, as well as in commercial advertising and the mainstream press.

Make No Mistake, The Anti-Gun Movement is an Unconstitutional Web of Lies 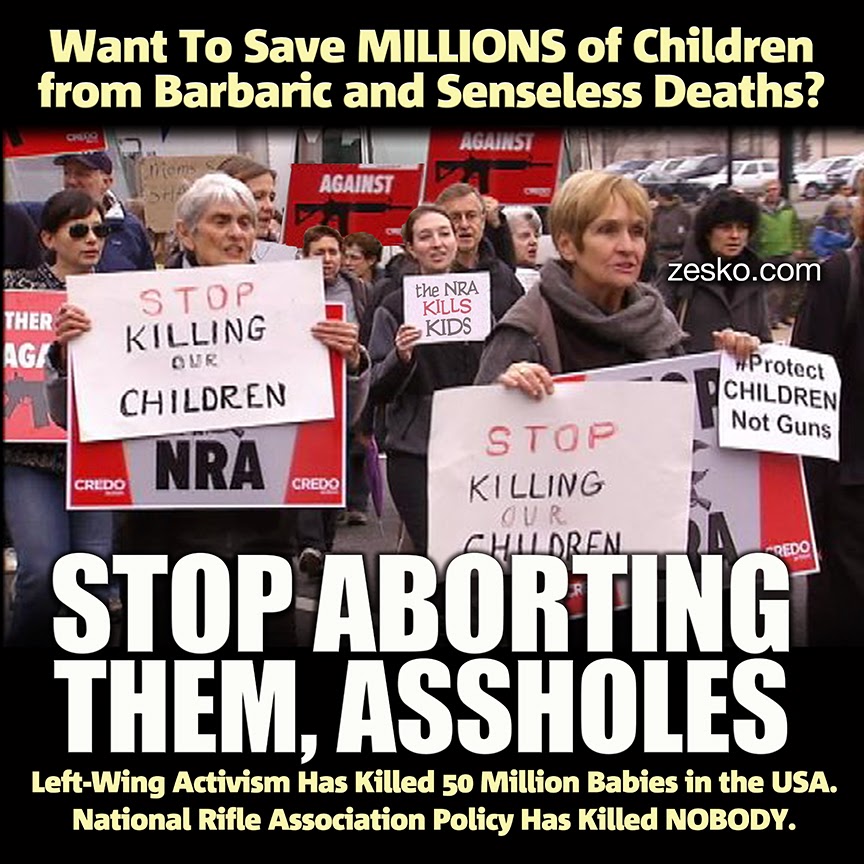 I’m often accused of being mean-spirited, and I AM mean-spirited when it comes to certain issues. Public ignorance and stupidity regarding Constitutional law is one of those issues.

Anyone who has followed the anti-gun movement over the past 50 years (I’ve researched and reported on it since the mid-1980s) knows that anti-gunners are, invariably, Left-wing activists with a mean-spirited Socialist agenda.

Over the last three decades, I’ve documented hundreds of instances of anti-gunners deliberately fabricating the most ABSURD “facts” in their unconstitutional crusade to deprive Americans of their basic and protected rights. These fabrications range from completely unsubstantiated child mortality numbers to outright distortions of the intent of the Second Amendment to the invention of nonsensical terms (such as “assault weapons”) designed to incite fear and distrust among American citizens.

I’ve documented the behind-the-scenes anti-gun efforts to pressure the Centers for Disease Control and the World Health Organization into declaring gun violence an “epidemic” (an actual disease), which would permit FEMA to step in and seize tens of millions of legally-owned firearms across the USA, just as though they were dealing with an outbreak of the plague.

In short, the anti-gun movement is and always has been a WEB of LIES; its calculated Socialist propaganda targets the lowest-information citizens — necessarily meaning Liberals.

In my experience, in arguing the issue over the years, I find that anti-gunners aren’t TRULY against guns, strange as that may sound… Without fail, they ARE NOT opposed to the military, federal government and law-enforcement agencies keeping and bearing “assault weapons”; rather, they are wholly opposed to private American CITIZENS keeping and bearing ANY weapons.

Indeed, anti-gunners are QUITE comfortable with arming the central government to the teeth, just as long as you and I are deprived of that right; that is to say, the anti-gun movement is NOT about opposition to firearms, it’s about an opposition to a BALANCE OF POWER between American citizens and the central government. Anti-gunners despise and are dedicated to undermining POWER TO THE PEOPLE.

I mean, seriously, what IS an “assault weapon”?

The qualifying term is “assault.” So, why in the media does that term currently apply only to tactical firearms?

Shooting at the government is PRECISELY the intent of the Second Amendment — it says that an armed citizen militia is NECESSARY to SECURING a FREE STATE. That doesn’t allude to hunting or home defense or skeet-shooting — it’s talking about overthrowing a tyrannical GOVERNMENT by force of arms.

Think in terms of the frog slowly boiling to death.

ALL of these weapons will EVENTUALLY bear the ridiculously generalized label of “assault weapons.” This is exactly why the term “assault weapon” was fabricated. It’s an ongoing diminution of your right to keep and bear ANY weapons.

Although Left-wingers have long employed the cry “POWER TO THE PEOPLE,” it’s achingly apparent that anti-gunners want a complete TRANSFER of power FROM the people TO the central government.

THAT, learned friends, is un-American. 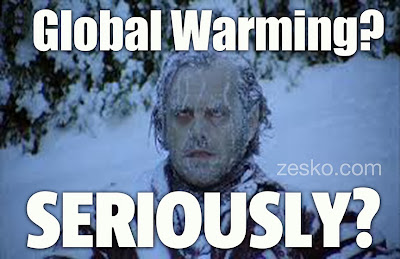 Even the IPCC (the International Panel on Climate Change, the most politically-partisan "science" group associated with the United Nations) reluctantly acknowledges that there has been NO increase in global temperature in over 15 years; and NASA satellite images demonstrate that the size of Earth's polar caps is INCREASING dramatically — the Arctic ice sheet actually INCREASED by 65%, measured from August 2012 to August 2013.

Beyond that, the frequency and severity of hurricanes has DIMINISHED in the last 15 years (despite the desperate and failed predictions of global warming alarmists), which is a certain indicator of global COOLING. Undoubtedly, this is all the result of anomalous Solar activity, not any effort of Mankind.

The only thing you can say with certainty about Scientific prediction is that it's consistently dogmatic and consistently WRONG.