I've said this before... Everytime the central government is humiliated, they stage a mass-murder...  Tell me I'm wrong... 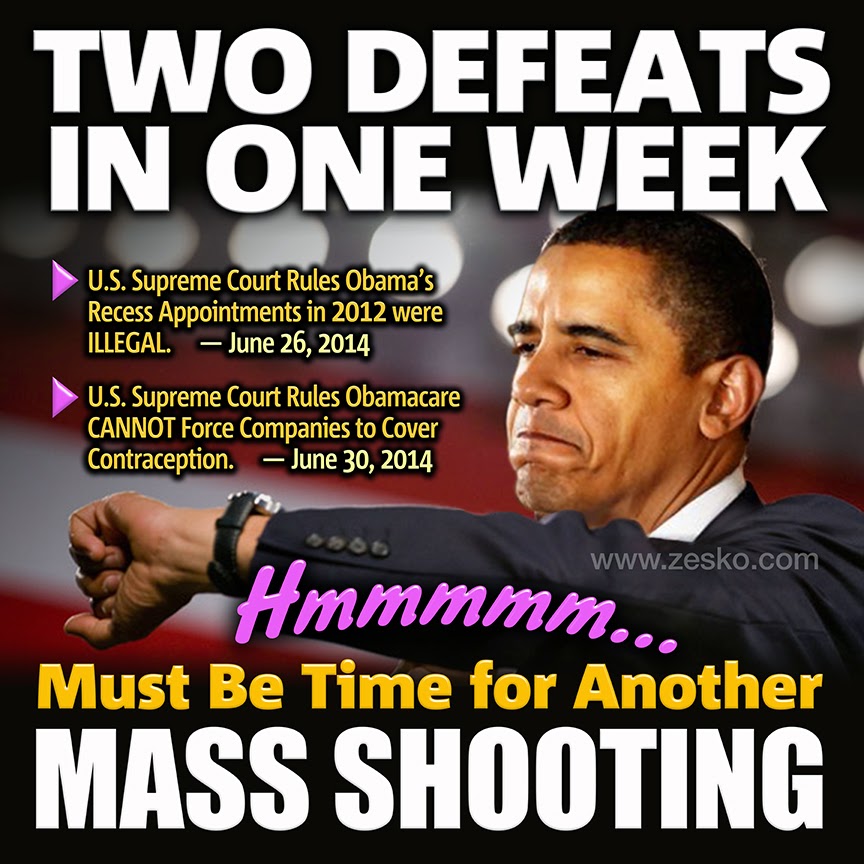 Yeah, I know people will ask, "HOW can the government ORCHESTRATE a 'random' incident?"

Look, it's an established FACT that the majority of mass shooters and bombers and "random" killers are ALREADY on the government's radar (the FBI knows about them, local police know about them), and most of these killers are on prescription psychoactive drugs — meaning that they have been under a doctor's care in the past (meaning that their mental health has been reported to the government).

Yes, doctors share your mental health information with the government. Don't be naive.

We also know that entertainment and news media content DOES motivate people to react and behave in predictable ways — the advertising industry wouldn't even exist if people weren't susceptible to "suggestion," right?

So, yeah, the government knows where the Left-wing nutbags are, they know their state of mental health, and the gubbmint strategically ALLOWS and ENCOURAGES these nutbags to go off the deep end.

Consider the recent case of Elliot Rodgers, the privileged little sissy-boy in Santa Barbara who murdered three people with a knife and three people with a gun before drilling a hole in his own head. A week earlier, Elliot's FAMILY called the police on him, because he was scaring them...

The police interviewed Elliot and the police WALKED AWAY, remarking that he was a "nice and polite" and a "wonderful" young man. Nevermind that he had been in psychotherapy for 14 years. Nevermind that he had posted SEVERAL homicidal rants in social media. The government knowingly and strategically ALLOWED Elliot Rodgers to go off the deep end.

It's the same story with EVERY assassin and mad bomber, from Lee Harvey Oswald to Ted Kaczynski in the past and right up to the present. The government already KNOWS about them, the killers are already on government radar. They are ALLOWED and ENCOURAGED to act out their deranged fantasies.