I wonder how Hillary is going to run her FEMINIST presidential campaign when she has a HISTORY of blaming WOMEN for Bill Clinton being a sexual predator...? 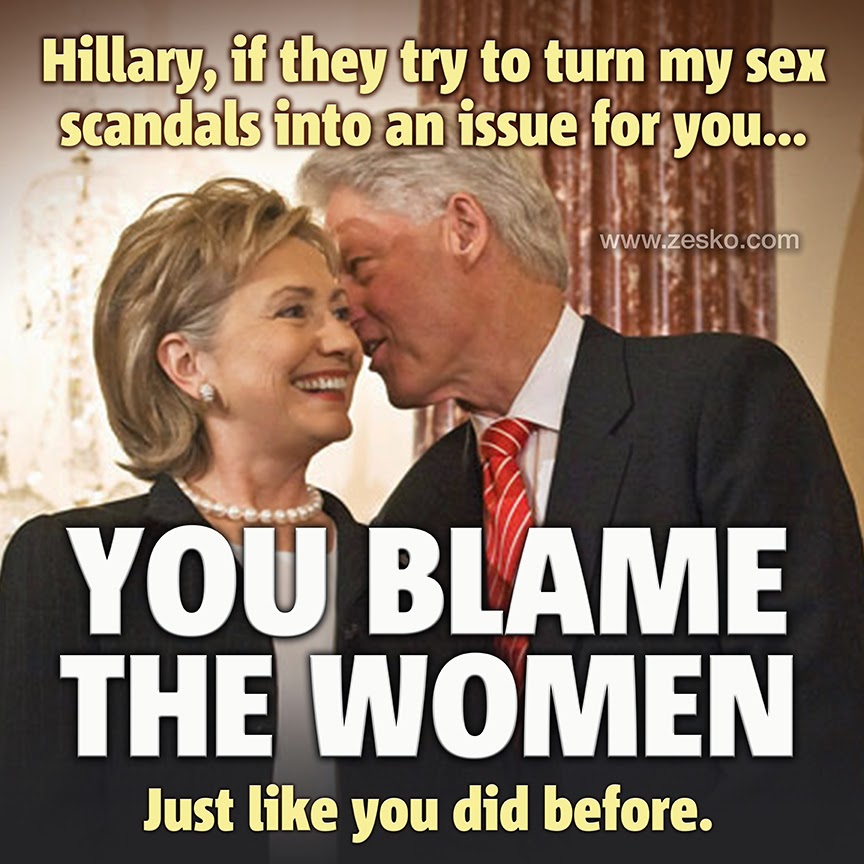 All through the 90s, the feminist movement (spearheaded by the National Organization for Women) remained totally, inexplicably SILENT on Bill Clinton's notorious history of sexual assault and abuse of women.

Hillary Clinton, herself, publicly "stood by her man" and referred to Bill's victims as "trailer trash" — even after Bill was found GUILTY of obstructing justice and was fined $900,000 in Federal Court (Paula Jones vs Bill Clinton), and even after Bill's public confession that he had "inappropriate" sexual relations with Monica Lewinsky.

Hillary Clinton consistently BLAMED THE WOMEN involved; and the feminist movement had NOTHING TO SAY on the matter.