Ineffectual Prince Charles Calls for an END to Capitalism in order to SAVE THE PLANET... 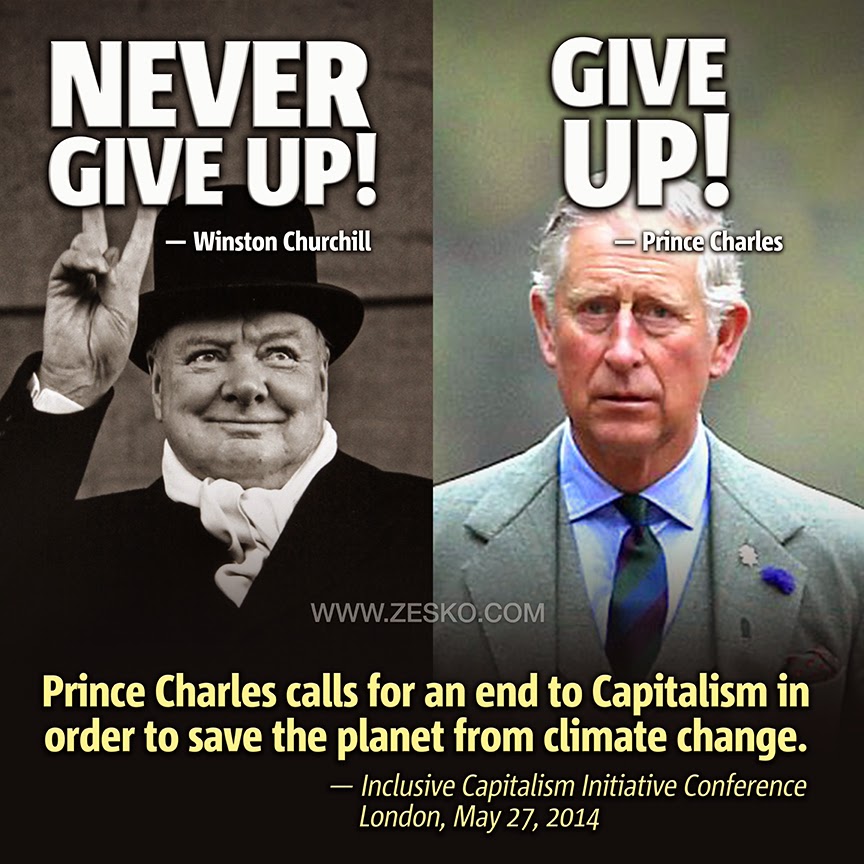 I don't even believe this. At the "Inclusive Capitalism Initiative Conference" in London last Tuesday, Prince Charles called for an END to Capitalism as we know it in order to save the earth from climate change.

Keep in mind, Prince Charles isn't even in a position of power in Britain, but he's always lived a life of privilege, AND his "royal" family is the biggest group of welfare recipients in the country. OF COURSE he loves Socialism.