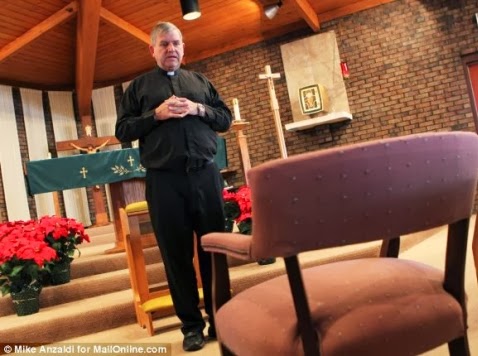 Here we go... The priest who "exorcised" the Gary, Indiana family has already signed a movie deal. As I predicted, it's just another "Amityville Horror" hoax, with SEVERAL conspirators looking for book and movie contracts.


In the case of the Amityville Horror, the "haunted" home owners (the Lutz family) sat down with a real estate agent, an attorney, a local priest, and an author, and they jointly FABRICATED the entire Amityville Horror story before they ever broke the story to the public. After breaking the story, they REPEATEDLY changed details, including those regarding the priest.

The Amityville Horror FRANCHISE produced SEVERAL books and SEVERAL movies over more than three decades, and the Lutz family has been to court SEVERAL times to protect their various financial interests in the story.

EVERYONE ELSE who lived in the Amityville Horror house (I believe there have been three subsequent owners) reported NO PARANORMAL ACTIVITY of any kind. However, paranormal FANTASY is a multimillion-dollar industry today, and the Gary, Indiana, HOAX is just another example of con-men cashing in.

The thing is, there are only a handful of REAL exorcists in the Catholic Church, and their FIRST job is to DISPROVE any report of demonic possession. These guys are some of the hardest skeptics you could imagine. It requires MONTHS of investigation and fact-gathering before a real exorcist will even CONSIDER performing the rites of exorcism.

REAL exorcisms (yes, there are REAL cases) are spiritual battles. They test the Faith of everybody involved, including the exorcist, further stoking his spirituality.

Accordingly, the handful of REAL exorcists in the world seek anonymity, not publicity. They do not seek MATERIAL GAIN in any form. Very few REAL exorcists will even agree to DISCUSS exorcism. For them, it's far too spiritual an experience to sully with sensationalism.